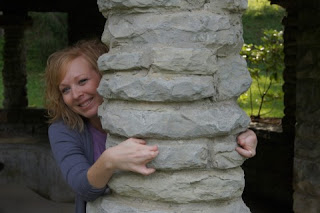 God amazes me! Every single day that He blesses me to live is a miracle, if you really think about it. Every breath we take is a gift and I want to use at least one of those breaths to thank Him and praise Him for all I’ve received—especially the blessings unawares.

Sometimes things happen to us that we don’t like or understand. And I tend to throw a temper-tantrum when things don’t go my way. I cry and whine and wonder why the Lord allowed that to happen to me. All I can see is what I want and am often blinded to what I need. That’s why I’m so thankful for this verse.

And we know that all things work together for good to them that love God, to them who are the called according to his purpose. Romans 8:28 (KJV)

It helps me to put everything into perspective. It helps me to realize there is a reason for every trial and heartache. I believe God has a plan for each life created. I believe those who accept Him into their hearts have a greater purpose—and that’s to show the world about God. I believe when we look to God and desire to do His will, from the very depths of our hearts, He will bless us. Sometimes we have to forget about everything of the world, including material possessions, and desire God’s will to be done, above and beyond everything else.

And I’m not going to lie to you that can be very hard to do. It’s hard to walk in faith, when it doesn’t always make sense to our mind. It’s hard to believe that the impossible will be possible. But I have found when we look to God and listen for that still small voice of encouragement and comfort, He will always give us exactly what we need.

Every single time, along this writing journey, when my strength began to fail, He lifted me up and carried me in His arms. He comforted me and encouraged me. He always knew what I needed to help me continue.

I remember thinking one time; I wish I knew someone who could help me. Someone who would give me favor with the publishers and someone who would speak on my behalf. At the time, I just didn’t realize what all I had with God. He’s my comforter and guide, my counselor and friend, my burden carrier and strength, my Father and the wonderful Potter who molds me into the person He wants me to be. He is everything I will ever need and so much more than that.

And every once in a while He will show me why something didn’t happen the way I had wanted it to happen. In those times, I can’t help but be so thankful that He didn’t listen to me. I’m so thankful for the prayers He wouldn’t allow me to pray. I know that sounds kind of crazy, but if He had listened to my tears and pleas, I would have messed everything up. I would have interfered with His plan for me. Instead of giving me what I wanted, I’m so thankful He gathered me in His arms and comforted me. He knew that I had to endure the pain to grow in my life and get to the point to where He could use me.

And even when I tried to mess everything up by going in my own direction, He was long suffering. When it really matters, He won’t allow us to mess up—especially when we listen and heed to that still small voice directing us.

Sometimes we try to rush things, but I have found when we wait on the Lord it will always be right. And as long as we follow our hearts, we will always be where God wants us to be. This evening, I went to the grocery store. As I was waiting in line, I noticed a man bagging groceries. He was talking to the customer, but the customer was ignoring him. There was just something in that scene, unfolding before my very eyes that touched me. I mean really touched me. The man bagging groceries looked as if he had Down Syndrome or some similar condition. He had a beautiful, contagious smile that lit up his whole face. He was trying to talk to the man about the weather. I noticed the frustration on his face as he was ignored, but he turned toward me unfazed, as if the incident never happened. When he turned his attention toward me, there was a part of me that wanted to turn away as well. I guess that’s our nature to shy away from situations that make us uncomfortable. But I couldn’t turn away from his smile. So I smiled back and talked to him about the weather. I even switched lanes, when the woman invited me to, so he could bag my groceries.

As I handed the woman my money, I noticed that her eyes drifted to my hands and stared. And it slammed into me, in that moment, that the man and I are a lot alike. We’re both different and some people are uncomfortable around us. Some look at us as if we are contaminating their air. They don’t know what to expect or how to handle the situation and that makes them uncomfortable. And God has given me a beautiful gift—to be the voice of those who are different. To show people there is a beautiful person underneath these scars, who has feelings. Who never asked to be born with these scars, but has learned to accept them and be thankful for their meaning. Who faced tragedy and beat the odds.

So the next time you see someone scarred or different in any way please remember they suffered greatly for their opportunity to live. They face limitations and challenges every day, but they don’t allow it to take their life or the enjoyment of it away. They have to work harder than you to do the same job, but they do it and are so thankful they can. They realize they almost died, but they’re so thankful to be alive.

As I was putting my groceries in the car the tears welled in my eyes. Not for the man who was different, but for the ones who treated him so coldly. We should all be careful how we treat others—we never know when we have entertained angels unawares.

Be not forgetful to entertain strangers: for thereby some have entertained angels unawares. Hebrews 13:1 (KJV)